The paper based on my masters research, supervised by Bill Hughes at the University of Sussex, is now published in Behavioural Processes. 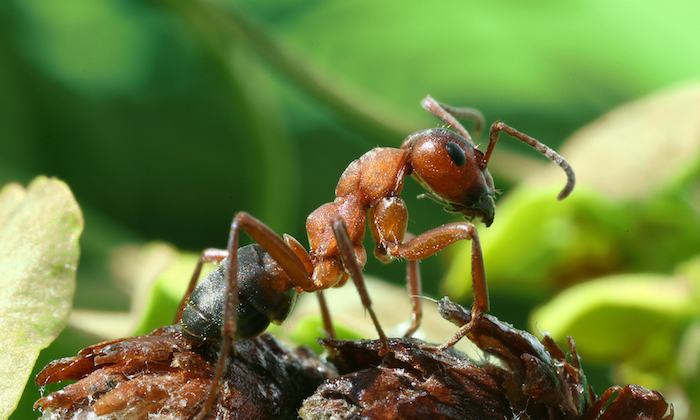 The effect of parasitism on personality in a social insect

In this study, we used behavioural assays to determine that individual wood ants consistently differ from one another in a number of “personality” traits. We exposed the ants to a lethal fungal parasite of insects, and found that parasitism did not significantly alter the personalities of individual ants.

More details can be found in the abstract below.

Individuals are known to differ consistently in various aspects of their behaviour in many animal species, a phenomenon that has come to be referred to as animal personalities. These individual differences are likely to have evolutionary and ecological significance, and it is therefore important to understand the precise nature of how environmental and physiological factors affect animal personalities. One factor which may affect personality is disease, but while the effects of disease on many aspects of host behaviour are well known, the effects on animal personalities have been little studied. Here we show that wood ants, Formica rufa, exhibit consistent individual differences in three personality traits: boldness, sociability and aggressiveness. However, experimental exposure to a virulent fungal parasite, Metarhizium pingshaense, had surprisingly little effect on the personality traits. Parasite-challenged ants showed marginal changes in sociability at high doses of parasite but no change in boldness or aggressiveness even when close to death. There was similarly little effect of other physiological stresses on ant personalities. The results suggest that individual personality in ants can be remarkably resilient to physiological stress, such as that caused by parasite infection. Future studies are needed to determine whether there is a similar resilience in solitary animals, as well as in other social species.